From the beginning, when I started FLSAS, I have believed that Foreign Language Learning needs to be 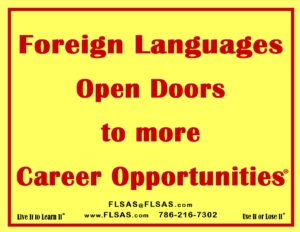 more inclusive in the United States.  In European Countries, and most other places worldwide, foreign languages are considered a necessity. 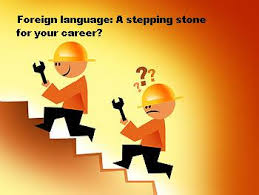 •And it continues … with adults (executives and professionals).   Just like some people do not want to go to the dentist because of the fear of anticipated pain, some adults have a fear of studying languages because they are afraid they will not do well.  They are afraid of making mistakes and people laughing at their mistakes.

However, knowledge of a foreign language for many careers is a necessity.  Forget the apprehension.

You have to think of it as a skill.  The more you practice it, the better you get.  It is like a sport, or music, or cooking, or a craft.  It is not about facts that you can learn.